For the 200th Anniv. of Lincoln's birth I chose to purchase and read A. Lincoln: A Biography by Ronald C. White Jr. In my youth I read the late David Herbert Donald's Lincoln and actually felt that it was the one and only true biography of our 16th President. I will pay David Donald what he deserves, his book will always be the best biography of Lincoln but White's book is a close second. It is a wonderful examination about the life of Lincoln and it has a bit of something for both beginners and Lincoln experts.

White liberally shares photographs, maps, illustrations, documents, even signatures of key characters. Unlike many history/biography books, these are not confined to a few glossy pages in the middle of the book, but appear frequently throughout the text. I like this because it allows the reader to see what he is talking about without having to flip to a specific section of the book reserved for photos. The bibliography is amazing and this book could serve people looking to research the life and time of Lincoln. Ronald White Jr.'s research is as good as anyone could ask for.

Like most Lincoln biographies the first half of the book deals with his early life, his times as a leglislator, lawyer and family man. The second half deals with his presidency with White providing you just enough details in both sections (700+ pages) without bogging the reader down with too many details. He finds time to analyze Lincoln's inagural addresses, the Gettysburg Address and other key speeches. He balances Lincolns home life with Mary and his sons versus his political and law career. White even talks about Lincoln's highs and lows as our nation's Commander in Chief. In short, White's A. Lincoln provides great detail without sacrificing the larger picture.

My only disappointment, though it may have been not included because of the books length was the assassination plot by John Wilkes booth and Lincoln's funeral. One can't fault White though because the book itself might have went over 1,000 pages if it was included.

Another good thing about White's biography is it stays true to the facts that we know about Lincoln. So many books recently have focused on his depression, his possibly homosexuality and other generatic things that avoid painting Lincoln as a hero. Lets face it, Abraham Lincoln is a hero and this book lets everybody know that Abraham Lincoln is one of the greatest men to ever call himself an American. White himself sets it up on the books first page when he states "He signed his name `A. Lincoln.' A visitor to Abraham Lincoln's Springfield, Illinois, home at Eighth and Jackson would find `A. Lincoln' in silvered Roman characters affixed to an octagonal blue plate on the front door. All throughout his life, people sought to complete the A - to define Lincoln, to label or libel him. Immediately after his death and continuing to the present, Americans have tried to explain the nation's most revered president. A. Lincoln continues to fascinate us because he eludes simple definitions and final judgments." White is pointing out to his readers that the search for Lincoln goes on and that his book is one step in an important process that paints a clearer picture of Abraham Lincoln.
Posted by Mike at 5:19 PM No comments: 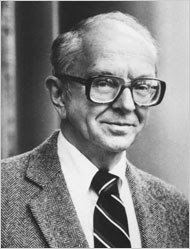 I copied this from a news webpage, the link that cites my source follows

BOSTON, May 19 (UPI) -- David Herbert Donald, a Harvard professor emeritus who won two Pulitzer Prizes for biography, has died in Boston at 88.

A native of Mississippi and graduate of Millsaps College in Jackson, Donald came north to Illinois for graduate school. He specialized in the history of the United States during the Civil War and the period immediately before and after and in the life of Abraham Lincoln.

Donald's first book was on Lincoln's law partner and at his death he was working on a study of John Quincy Adams' years as an abolitionist congressman.

In 1960, Donald won a Pulitzer for "Charles Sumner and the Coming of the Civil War." His second book, 27 years later, was for "Look Homeward: A Life of Thomas Wolfe," a biography of the North Carolina novelist.

Donald received many other honors for his work. In 2005, the Abraham Lincoln Presidential Museum in Springfield, Ill., awarded him the first David Herbert Donald Prize for excellence in Lincoln studies.

Appropriately, Donald lived on Lincoln Road in Lincoln, Mass., and is to be buried in Lincoln Cemetery. He told interviewers he picked the town for its excellent school system, not its name.

God I hate Walmart. Now they want to install another pathetic store on the Wilderness battlefield ruining one of the most remarkable battlefields in American Military History.

It is important for future generations to walk the Wilderness battlefield to better understand the campaign which brought the Confederacy to her knees. This situation has left me a bitter man towards Walmart.
http://www.usnews.com/blogs/john-farrell/2009/05/13/wal-marts-attack-on-civil-war-battlefield-in-northern-virginia.html
Posted by Mike at 3:02 PM No comments:

Did Lincoln have Cancer

Dr. John Soto may get a chance to prove his theory that Lincoln would have possibly died of cancer during his second term if he wasn't assassinated. Sotos has long theorized that Lincoln had MENIIB, a fatal cancer gene. A Civil War museum in Philidelphia possesses a strip of a pillowcase stained with Lincoln's blood. The pillow is from the Peterson House, where Lincoln lay suffering from the wounds of the assassination. The museum is called the Grand Army of the Republic Museum and Library.

The museum's board of directors voted unanimously to possibly answer the question of Lincoln's mortality once and for all. Museum President Eric Schmincke says "we do not want to damage it to the point that it doesn't exist anymore." Now, the museum says it will find the right experts to extract a few delicate fibers from the pillowcase that may hold an unwritten chapter of American history.

Soto has developed some proof for his hypothesis. In his book Physical Lincoln, Soto has used photographs and other evidence that proves his theory to a point. Now he is seeking that final bit of evidence.

Here is the link to Soto's website and book.