Can I make it back? 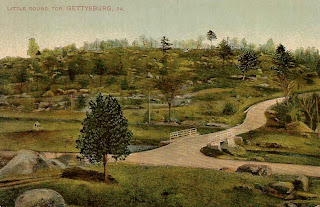 It has been 20 years since I toured the Gettysburg battlefield and for years I have been itching to return to the site. It has been a long journey but if everything works out I will return to Gettysburg this summer to tour the fields that I have seen twice in my life. I think about the battle a lot and I truly hope to walk it again. One of the places I want to visit the most is Little Round Top. I once wrote a blog about my feelings towards that rocky hill in southern Pennsylvania.

I have always felt that Little Round Top was the key to the battle at Gettysburg. Many historians feel the same way and some do not but you cannot deny the drama that surrounds the defense of that hill. Although some of that drama has been enhanced by the postwar writings of the men who fought there or books like The Killer Angels or movies like Gettysburg those twilight moments on Little Round Top were vital to the success that the Union enjoyed at Gettysburg. I will write more later but the more I think about going back the more I hav eto remember that anything can happen in life and we are all just a heartbeat away from being unemployed. This economy is awful!
Posted by Mike at 8:42 PM No comments:

Well its just hours away 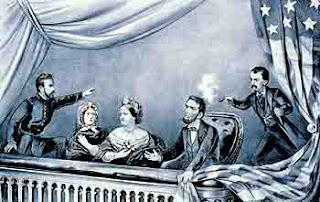 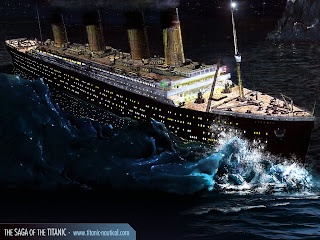 Its April 14th again and if your reading this then you know what that means. Tonight is the 144th Anniv. of the Lincoln Assassination. It is also the 97th Anniv. of the steamship Titantic meeting its fate during its maiden voyage. These tragedies have always stuck my interest and I wanted to acknowledge them and take a moment to honor those who were lost. God Speed!

I honored the 143rd anniv. of the Lincoln Assassination last year. Just click here to read it.

Also, if you want to learn more about the Lincoln Assassination then I suggest two books for you to read. I wrote a great blog on them and you can read that blog here.
Posted by Mike at 9:09 PM No comments: 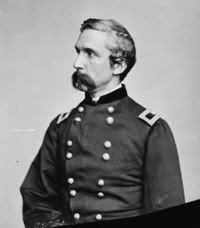 On April 13, 1865 Brigader General Joshua Lawerence Chamberlain, the soon to be self-proclaimed saviour of Little Round Top wrote home to his sister from Appomattox Court House. Chamberlain had just witnessed the surrender of the rebel army and the eventual end of the Confederacy. In the letter Chamberlain does a great job describing the incident and honoring the vanguished foe. I really love the way that he describes the divisions of Hood and Pickett, men with whom he was very familar with. They two Confederate divisions had fought Chamberlain's men on several battlefields which included Gettysburg.

I am glad I was not tempted to leave the army this Spring. I would not for a fortune have missed the experiences of the last two weeks. It seems like two years, so many, + such important events have taken place, within that time. Father said in his last letter to me that "the glory of battles was over." But if he had seen some of these we have had of late, in which we captured the enemy by thousands + carried their positions by a dash, and at last at Appomattox Court House received the surrender of Genl Lee + his whole army he would think differently.

For my personal part I have had the advance every day there was any fighting—have been in five battles – two of them being entirely under my own direction and brilliantly successful—twice wounded myself—my horse shot—in the front line when the flag of truce came through from Lee—had the last shot + the last man killed, in their campaign; + yesterday was designated to receive the surrender of the arms of Lee's Army of Northern Virginia. The bare mention of these facts seems like boasting, but I assure you I do not feel any of that spirit. I only rejoice that I was here + bore my part in the crowning Triumphs of the war. It was a scene worthy of a pilgrimage, yesterday, when the old "Third Brigade" of the 1st Div. was drawn up to receive the surrender of the Rebel arms. My Brigade you know consists of 9 Regts. the remnant of the old 5th Corps, veterans of thirty battles. They number about six thousand men all told- on the right was old Massachusetts with the remnants of her 9th, 18th, 22d + 32d. Then Maine, her 1st, 2d, + 20th- Michigan 1st, 4th, + 16th- Pennsylvania- with the sturdy relics of her 82d, 83d, 91st, 118th, + 155th.- with my staff + the old flag- the red maltese cross on a white field with blue border. I took post on the right at 5 a.m., + received first Maj. Gen Gordon with his corps—Stonewall Jackson's—then Longstreet's corps. with Hoods Andersons & Pickett's old Divisions—men we had faced a score of times + almost recognized by face. [Picket's] [Pickett's] splendid Div. only stacked 53 muskets + not a single stand of colors—we had so completely used them up at 5 Forks. Last came Hill's Corp.—by Divisions—Hill himself being killed.[1] We received them with the honors due to troops—at a shoulder—in silence. They came to a shoulder on passing my flag + preserved perfect order. When the head of their column reached our left, they halted face toward our line + close to it—say 4 or 5 yards-- + stacked their arms + piled their colors. Poor fellows. I pitied them from the bottom of my heart. Those arms had been well handled + flags bravely borne.

15,000 stand of arms + 72 flags were stacked before my line. I saw + conversed with nearly all the Rebel Generals, + shall have more things to tell you of by + by.

Your letter has just come. The first mail for two weeks. I thank you much. With great love to you all your aff. Lawrence 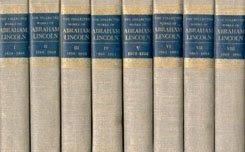 An old college professor of mine contacted me via email the other day and offered me the 1953 set of "The Collected Works of Abraham Lincoln." I want to thank Dr. Danziger for this gift which has found a new home in my hands. I have already delved into the works and found some classic speeches, letters and drafts of speeches that made Lincoln one of the greatest and most overlooked writers in American history.
Posted by Mike at 2:38 PM No comments:

Cool books that I want to read

Two books that I need to check out this summer are


Recarving Rushmore which researches the Presidents, presidential rankings and so forth.

The other book is about Lincoln. (Big surprise!) This one is called "Summers with Lincoln"

Mary Lincoln's brother George R.C. Todd and her half-brothers Alexander Todd, David Todd, and Samuel Todd all fought in the Confederate Army during the Civil War. Alexander Todd was killed at Baton Rouge.
Samuel Todd was killed in the Battle of Shiloh.
David Todd was wounded at Vicksburg.
Her half-sister Emilie Helm's husband was a Confederate general killed at Chickamauga.
The husbands of her half-sisters, Martha White and Elodie Dawson were ardent supporters of the Confederacy.
Posted by Mike at 6:00 PM No comments: