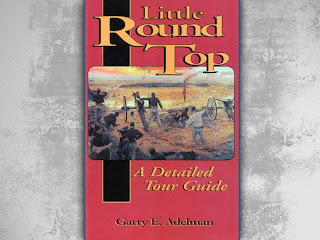 Pennsylvania-2
Originally uploaded by Walt Hubis
Is that a battle going on down there?
Posted by Mike at 9:24 PM 2 comments: Late lawmaker secured $16 million in Congressional funds to restore timeworn painting.
Published: Monday, February 8, 2010 6:38 PM EST
The late John Murtha will be remembered across the Commonwealth of Pennsylvania as a Vietnam war veteran, an outspoken critic of the Iraq War, and a lawmaker that often brought home “pork” to his constituency.

Here, he’ll forever be known as the man that secured $16 million in federal dollars to restore the Cyclorama painting at Gettysburg National Military Park.

Over a nine year period from 2000-09, the Johnstown area legislator earmarked chunks of funding in the Congressional budget, to conserve the Civil War era artwork — even though he did not represent this area in Washington.

Its been a while

Yes its been a while and I am sorry to all my readers. Things have been busy but more blogs are coming soon! Stay tuned!
Posted by Mike at 5:45 PM 1 comment: